The John Malone bred Treaty Of Paris showed his class when landing the Group 3 Acomb Stakes at York on the 21st of August. Trained by Henry Candy the son of Haatef has always had a high reputation. Out of the Desert Sun mare Symbol Of Peace, Treaty Of Paris had to do it the hard way and make most of the running to beat The Great Gatsby in second and Il Paparazzi in third.

Trainer Henry Candy said afterwards ” I think there is more to come from this horse has i haven’t overdone him, I think he has a big future and he should be better next year” 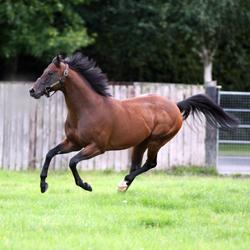